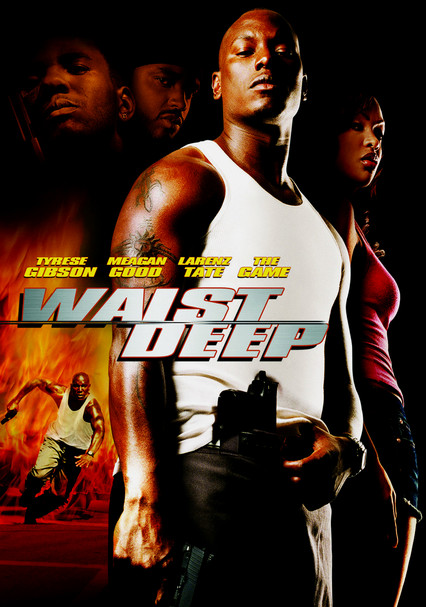 2006 R 1h 37m DVD
Trying to make an honest living for his son's sake, recently paroled O2 ends up on the wrong side of the law after a gang abducts the youngster and holds him for ransom. To get him back, O2 and a resourceful hooker set off on a string of bank heists.

Parents need to know that this movie isn't for kids. It includes frequent and graphic violence, as well as incessant profanity (over 90 "f--k"s, for starters). The film begins with a carjacking that becomes a kidnapping. It includes multiple shoot-outs and car chases, with blood shown. The chief villain first appears chopping off a man's arm with a machete (bloody arm and stump visible). The protagonists break into a home to hide out, rob several banks in one day, and share a brief sex scene (close-ups of limbs and faces). A woman smokes cigarettes, drugs are smoked and dealt, and one character drinks malt liquor from a bottle while driving.

Characters curse just about nonstop: at least 94 f-words, some 70 s-words, and other profanity.

In order to save his kidnapped son's life, O2 kills, steals, lies, breaks into a home, robs banks, and harasses criminals.