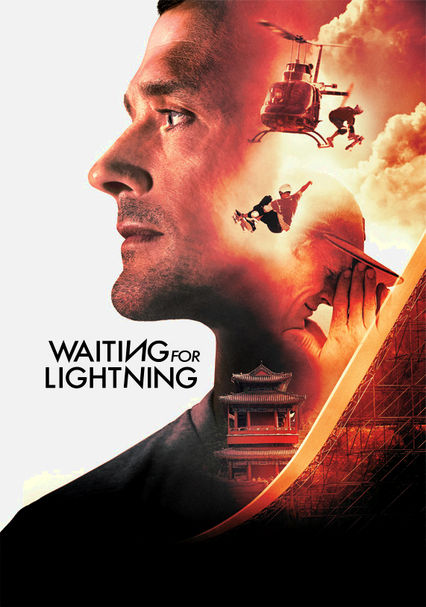 2012 PG-13 1h 36m DVD
Danny Way's passion for skateboarding would one day bring him and his creation, a ramp of dangerous proportions, to the height of fame. This documentary captures pro skater Way as he attempts to jump the Great Wall of China.

Parents need to know that Waiting for Lightning is a documentary about pro skateboarder Danny Way. It includes some horrible scenes of crashes and injuries, as well as stories about violent incidents in Way's past involving his mother's boyfriends. His mother confesses to a period of excessive drinking and drugs, and viewers see "dramatic recreation" footage of this. Language is sparse, with interviewees using "s--t" four times, and Danny saying "f--k" once after a wipeout. Corporate sponsors, especially DC Shoes and Monster energy drink, are prevalent. The movie's biggest drawback is that it doesn't actually interview Way himself, so this is for die-hard fans only. Others would do better to check out the more inspirational Bones Brigade.

Stories about Danny's mother, who remarried after her husband's death and began seeing a series of other men. Danny is shown to be a father, but his wife doesn't seem to appear in the movie.

A few spectacular skating crashes and injuries, which are all the more shocking because they're real. Viewers also hear stories of past domestic violence in the Way household, with the mother's boyfriends beating her up, as well as young Danny and his brother. (Nothing is actually shown.)

"S--t" is heard four times, and Danny lets out one "f--k" after a wipeout. "Ass" is used in a background song, and "oh my God" can be overheard at one point.

A troubled kid learns to overcome adversity, faces huge challenges, and achieves success in a field he loves.

Skaters have all kinds of corporate sponsors. DC Shoes is a major sponsor, with logos and mentions all over the place (the company apparently helped finance and/or produce the movie). The Monster energy drink logo is seen several times. Interviewees are seen wearing Red Bull, Mountain Dew, and Nike hats. Danny is briefly seen wearing a Bud Light shirt.

Danny's mother confesses to going through a period of heavy drinking and doing drugs. The movie includes some "dramatic recreation" footage to demonstrate this.