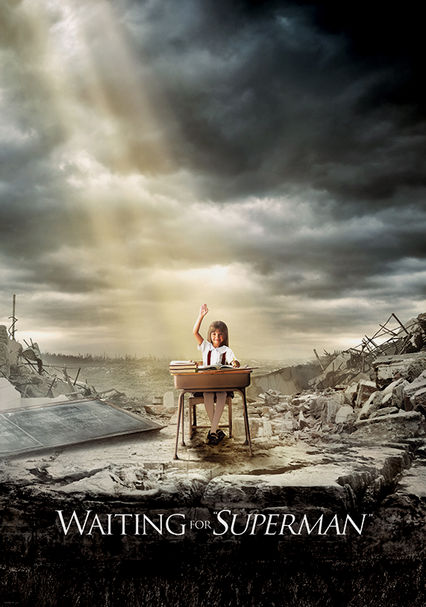 2010 PG 1h 51m Blu-ray / DVD
Dynamic documentarian Davis Guggenheim weaves together stories about students, families, educators and reformers to shed light on the failing public school system and its consequences for the future of the United States.

Parents need to know that while younger kids may not understand the complex problems presented in this documentary about the state of American schools, it's a riveting watch for older tweens and up, especially those who may not be aware of what's happening in schools besides theirs. It's an enlightening -- albeit one-sided -- look at education in this country. Depending on what's happening at tweens' and teens' own schools, this film (which is from the director of An Inconvenient Truth) may spur them, and you, to action.

Blighted neighborhoods are shown, hinting at the challenges there.

A subject uses the word "crap" in relation to the school system she manages. Also "ass."

The movie posits that many public schools, in their current state, fail the students they're supposed to educate and that substandard teachers and -- to a larger extent -- the unions that represent them, are to blame. It's a premise that has some grounding in truth, but it may not be a nuanced, multi-dimensional view; some contend that it doesn't tell the entire story. Also, a streak of pessimism runs through the film: If parents don't get picked in lotteries run by good schools, they seem stuck. That may be reality, but it's unclear how it can be made better -- aside from re-examining teacher union contracts, that is. And certainly, there are many other "villains" in the system.