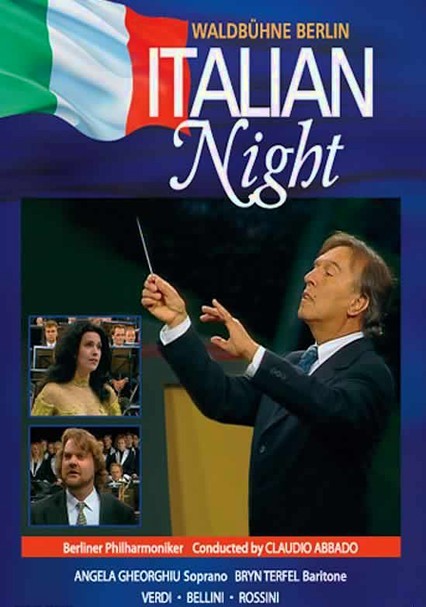 1996 NR 1h 47m DVD
The music of Giuseppe Verdi, Paul Lincke, Vincenzo Bellini and Gioachino Rossini fills the night air in this performance by the Berlin Philharmonic, conducted by Claudio Abbado, in one of the city's loveliest settings: the Waldbühne amphitheater. Soloists Angela Gheorghiu, Sergei Larin and Bryn Terfel join the orchestra in pieces that include Verdi's "Le Fosche Notturne" and Bellini's "Eccomi in Lieta Vesta."