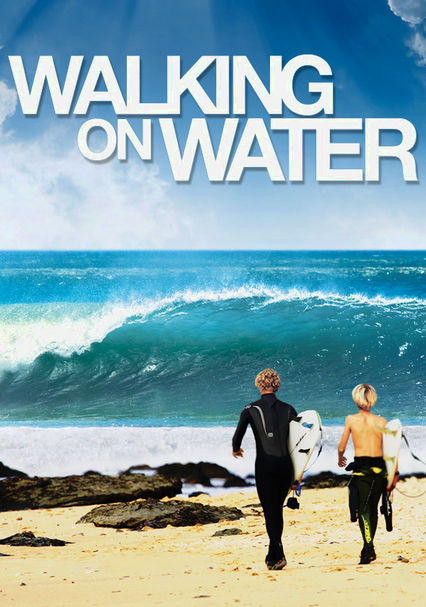 2007 NR 1h 16m DVD
Taking two young surfers around the globe and introducing them to amazing surf spots, filmmaker Bryan Jennings returns a favor done for him by a pro when he was 14. Together they visit waves in Australia, South Africa, Indonesia and elsewhere.

Parents need to know that Walking on Water is a surfing documentary with a theme of Christianity running throughout. Alongside lots of montages of surfers riding gigantic waves, there are many moments where the surfers talk about how important Christianity is in their day-to-day lives, and how it is the foundation of their identity. There are positive messages throughout, such as Bryan Jennings returning a favor done for him as a teenager by taking along two teen surfers on their first world-wide surfing tour, as well as many positive cultural exchanges. There is also honest talk of the less glamorous aspects of being a professional surfer -- the months away from family and friends, and the ever-present danger each time a surfer rides the waves -- as shown when the boys meet Bethany Hamilton, a surfer who lost one of her arms after a shark attack.

Some discussion of the dangers of surfing, including the shark attack that caused one surfer to lose her arm.

People from diverse cultures -- from California to Peru, from Australia to France, from Indonesia to South Africa -- are brought together through a mutual love of surfing. Through example and talk, Bryan and the older surfers try to show that it is better to give to receive, and speak of how Christianity and faith in God has given them a foundation in their lives.