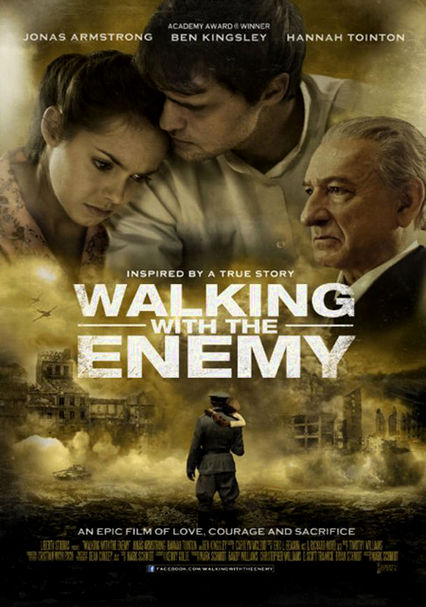 2014 PG-13 1h 53m DVD
When the Nazis invade Hungary, young Elek Cohen dons a Nazi uniform to save his skin and find his family. Instead, he uncovers a terrible truth. Now cognizant of Hitler's "final solution," Cohen sets about saving thousands of Jews.

Parents need to know that Walking with the Enemy is a drama set in World War II Hungary, right as the local authorities were forced to collaborate with the Nazis' efforts to deport the until-then relatively protected Jewish population. Inspired by a true story about a young Jewish man who posed as an SS officer, the movie is quite violent, although much of it is in the form of hearing loud gunfire, without the follow through of seeing the dead bodies. But there are some scenes when people are shot at close range; plus, a man is nearly tortured, a young woman is nearly raped, and people are executed both en masse and individually. Besides the violence, which never quite lets up throughout the movie, there's not much content of concern; expect a few passionate kisses and some incidental drinking by adult characters.

Lots of war/atrocity-related violence, but much of it is loud gunfire heard as the camera pans away at the last second. Audiences know that many, many civilians are getting shot, but they don't always see the actual bloodshed. The close-ups are rare, but they exist, including people getting shot (at both a sniper's distance and at close range), tortured, and nearly raped.

This is more than a good vs. evil story; it's also a story about courage under fire and the willingness to risk your own safety for the lives of innocent people.