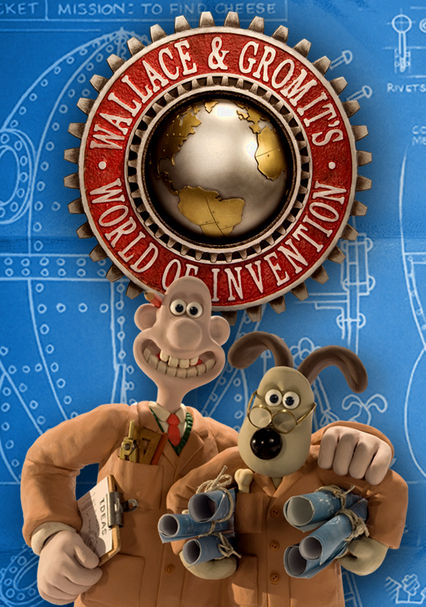 2010 NR
Beloved claymation stars Wallace and Gromit introduce and comment on the live-action segments of this science documentary series, providing a light-hearted and humorous look at real-life, mind-boggling contraptions, gadgets and inventions.

Parents need to know that Wallace & Gromit: World of Invention is a tip-top limited-run science series that will appeal to the type of child who likes to tinker or who's always curious about how things work. Since it features nothing scary, intense, or controversial, it can be safely watched by younger and older siblings, but since it has a fair amount of technical information and talking-head interviews along with animated Wallace and Gromit segments, younger brothers and sisters may wander away bored. But parents and grade-school-age kids are likely to be riveted by looks at inventions with gee-whiz grabbiness, like jet packs, insect-powered machines, and housekeeping robots. It's easy to imagine a kid watching this and then going right into the garage to invent something amazing, and for that reason alone, parents will love it (though kids should be cautioned against trying some of the more extreme inventions, like jet packs).

Some inventions may have a "don't try this at home" aspect, such as the segment on jet packs.

Themes of curiosity, persistence, and smarts run throughout. Viewers will gain inspiration from featured inventors.

Wallace and Gromit are established characters, and kids may want to see more of them after watching this series.