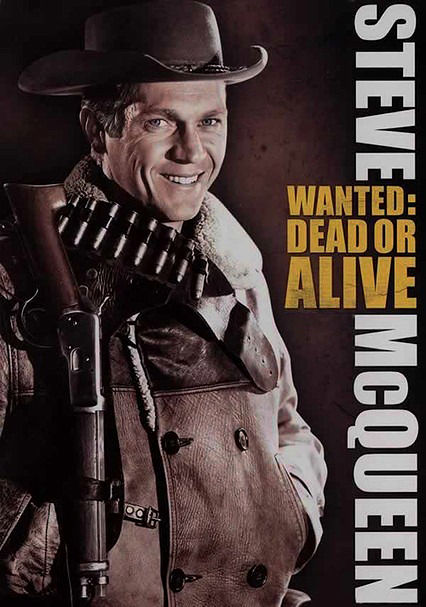 1958 NR 1 season
Steve McQueen stars in this television Western series as Josh Randall, a Confederate soldier-turned-bounty hunter who nabs bad guys through a combination of soft-spoken courtesy and the customized Winchester carbine he famously keeps by his side. After riding the dusty trails to apprehend bandits, killers and other crooks, big-hearted Randall often donates his hard-earned reward money to elderly folks and other good causes.

Hitting the airwaves in 1958, "Wanted Dead or Alive" launched star Steve McQueen's career into the stratosphere. McQueen plays laconic bounty hunter Josh Randall, who packs a sawed-off Winchester as he tracks criminals throughout the Old West. Among the wagonload of bonus material are the six-part documentary "Life in the Fast Lane," three featurettes, a McQueen biography and photo galleries.