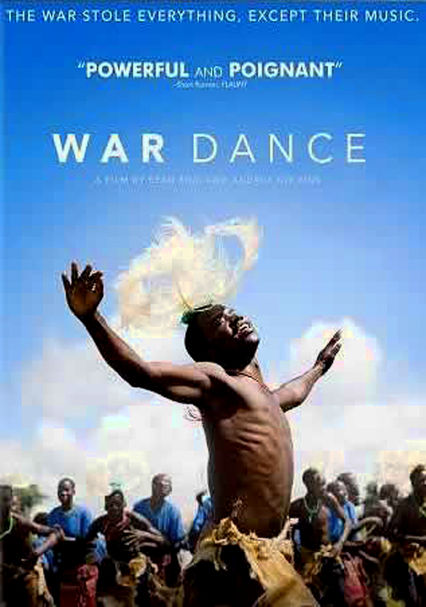 2006 PG-13 1h 45m DVD
Set in civil war-ravaged Northern Uganda, this Best Documentary Oscar nominee follows the lives of three youngsters who attend school in a refugee camp and find hope through a rich tradition of song and dance. Coming from a world in which children are abducted from their families and forced to fight in the rebel army, these kids give it their all when they travel to the capital city to take part in the prestigious Kampala Music Festival.

Parents need to know that though this film is uplifting, some of the stories told by the children in this movie depict graphic horrors of war. Some speak of murder, some speak of abduction. The film takes place in a refugee camp in Northern Uganda where evidence of poverty can be overwhelming. But the Acholi tribe acts with dignity, which is a lesson in itself.

Children talk about the brutality of war; how they saw parents and others killed and abducted, and how some were forced to be child soldiers.

Touching examples of how young people care for their siblings when parents aren't available.

The children of the Acholi tribe have no access to electricity or running water. Going to the big city blows them away.