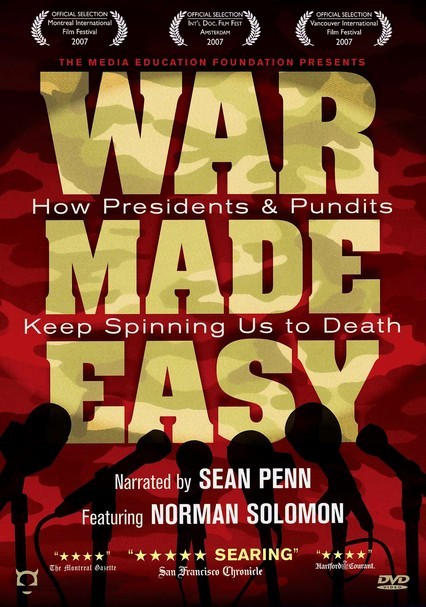 2007 NR 1h 13m DVD
Based on Norman Solomon's revealing book and narrated by actor Sean Penn, this documentary exposes the government's and the media's purported history of deceiving the American people and leading the nation into war after war. Using archival footage of past presidents and media correspondents -- including the revered Walter Cronkite -- the film sheds light on propaganda and draws parallels between the Vietnam and Iraq wars.