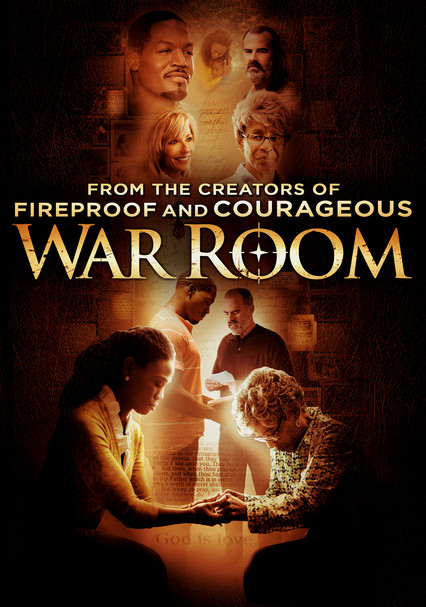 2015 PG 2h 0m Blu-ray / DVD
From the outside, the lives of Tony and Elizabeth Jordan appear perfect, but their marriage is in shambles. After seeking counsel from a wise older woman, Elizabeth realizes it will take a deep commitment to prayer to keep her world from crumbling.

Parents need to know that War Room is a faith-based drama from the producers of Courageous, Fireproof, and Facing the Giants that follows the trajectory of a family going through some challenging times. As a result, the themes lean toward mature territory -- including infidelity, unemployment, and marital discord. While there's no language, sex, or drinking/smoking to worry about, it's possible that some scenes -- when a man tries to rob people with a knife, for example, or when a man shoves a woman -- could be upsetting for younger viewers (as could the idea of parents not getting along).

A man takes a woman who's not his wife out to dinner. He checks her out, but that's it.

A man flashes a knife during a robbery. A man attacks another and threatens a woman. Loud arguments between a husband and wife.

Forgiveness and faith are the keys to letting anger go.

Some product placement, including Sony, Vaio, and Toyota.

References to a character stealing prescription drugs and considering selling them.