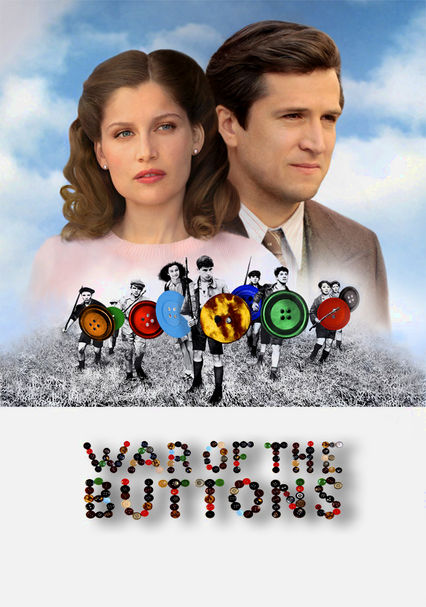 2011 PG-13 1h 39m DVD
The ongoing "war" between two rival groups of kids in neighboring French villages during the Nazi occupation mirrors the larger events of World War II in this drama adapted from the classic novel.

Parents need to know that War of the Buttons is an adaptation of a famous French novel about a group of neighboring cliques of boys who engage in a full-scale "war" against one another (success is measured by how many buttons they steal from their enemies). The action is set during World War II -- specifically, the French Occupation -- and includes some moments of cruelty and violence, like when a Jewish family is dragged away from their home by collaborator police officers and when a group of kids lights their nemeses' wooden clubhouse aflame. Kids also get into fistfights with each other and even take turns hitting a "traitor." On the other hand, the kids learn their lesson and work together to save a Jewish teen hidden among them. Young characters and adults both display affection (kissing); there's some subtitled swearing, including "f--k" and "s--t." Adults drink and smoke.

Young Lebrac and Violette have a sweet embrace and kiss on the cheeks before they're separated. Adult characters share a passionate kiss. Men in a bar make crude comments about Simone's reputation for being promiscuous. Lebrac and his friends joke about what it takes to get a girl to like them.

The "war" between the neighboring factions of boys gets pretty brutal -- kids fight each other with sticks and slingshots and definitely get in one another's faces, leaving bruises. A father is known for giving his son the belt. A clique of friends sets fire to their nemeses' clubhouse. A boy is hurt until he gives up his friends' location and is later beaten by his friends for betraying them. A Jewish family is dragged away menacingly; in another scene, a Frenchman goes off looking for a Jewish girl in hiding.

Although the movie is spoken in French, there are several subtitled swear words, including "f--k," "s--t," and insults like "limp dick," "little brats," "big numbskulls," "picky asses," "bastards," "a--holes," and "coward."

On the one hand, War of the Buttons promotes tolerance and teamwork, but on the other, it advocates for war. In the end, the boys learn that having a mutual enemy (in this case, the collaborators) is a point of commonality -- and they help each other despite many weeks of discord. Lebrac also discovers the joy of reading -- as long it has to do with battle strategies -- and Violette realizes that there's more to "country" folk than she previously thought. Lebrac also finds out that people he thought were cowards are actually working for the Resistance.

All of the adults drink (wine or hard liquor), and most smoke cigarettes, both of which are accurate for the movie's time period/setting.