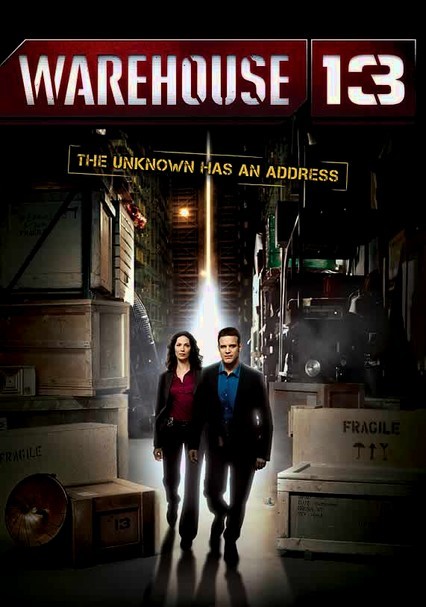 2009 NR 4 seasons
Stored deep within the bowels of a South Dakota warehouse is a treasure trove of supernatural objects collected by the U.S. government -- and it's the job of Secret Service agents Myka Bering and Peter Lattimer to find those that have disappeared.

Go deep into the government's secrets in Season 3 of this sci-fi series, which follows two federal agents as they track paranormal activity and hunt down supernatural objects to archive in a vast, mysterious warehouse in South Dakota.

After the heartbreaking sacrifice made by one of their friends and the destruction of the Warehouse, Pete, Myka, Artie and Claudia race against time to retrieve an artifact that may not actually exist, but if it does, it must be used very carefully.

In the final season of this supernatural series, Myka and Pete continue to track down paranormal artifacts gone missing from a government warehouse. With the evil Paracelsus having enclosed the warehouse in a dome, the agents have their hands full.

Parents need to know that this sci-fi series about two Secret Service agents assigned to a special unit that retrieves and safeguards mysterious artifacts frequently involves dangerous situations, combat, and weapon use -- but overall the action scenes tend to focus more on the artifacts' unusual and unexpected capabilities than on person-on-person violence. There's also some flirting and sexual innuendo and occasional social drinking by adults.

Pete is something of a ladies' man. There's plenty of flirting, and characters are sometimes seen in bed, but there's not much in the way of actual sex or nudity.

Action scenes include guns, hand-to-hand combat, and some really unusual weaponry, though the combat scenes aren't especially violent or gory.

"Crap" is about as rough as it gets.

The main characters sometimes have trouble believing what they're seeing and often must carry out their missions without revealing the details of their jobs to people they encounter. They're somewhat unhappy about this assignment and eager to be transferred back to their regular duties, especially Myka.

Moderate social drinking at parties and other events. The characters also sometimes talk about drinking -- or how some of their unusual escapades make them feel like they "need" a drink.