Warrant: They Came from Hollywood 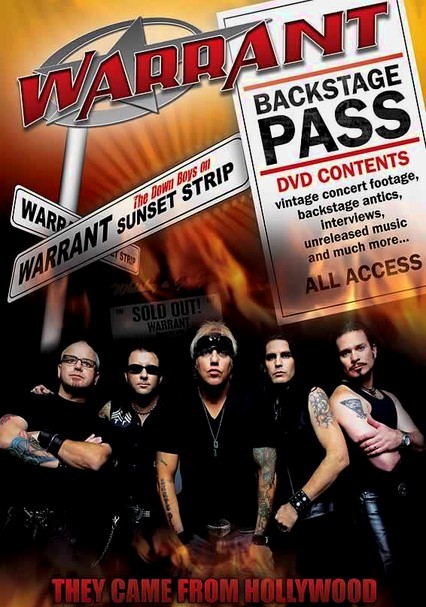 Warrant: They Came from Hollywood

2008 NR 1h 12m DVD
The 1980s come alive in this concert that captures Warrant at the height of their glam-rock success. Led by front man Jani Lane, the boys rip into "Cherry Pie," "Down Boys," "Heaven" and other songs that helped define the hair metal era. Accompanying backstage footage gives fans an unprecedented look at the band, including a peek into the studio sessions for 1992's "Dog Eat Dog" album.