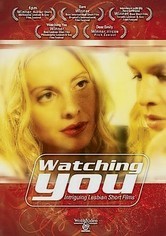 2003 NR 2h 14m DVD
Catch some of the best lesbian-themed short films from around the world in this fascinating collection. The selections include "4PM," a British movie in which a one-night stand brings comic relief; the Israeli feature "Watching You," in which the green-eyed monster -- jealousy -- rears its hideous head; "Dear Emily," an American short in which an older woman reminisces over her first crush, and more.