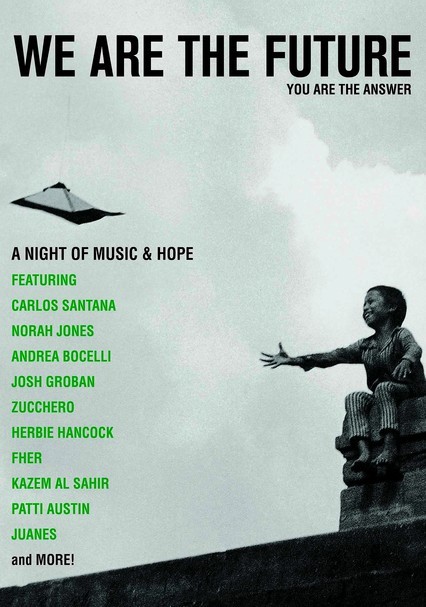 2006 NR 2h 28m DVD
Almost two decades after releasing the historic fundraising "We Are the World" recording, music producer Quincy Jones once again steps into the humanitarian spotlight with a celebrity-filled concert event to aid children in war-ravaged cities around the world. Held in Rome, the concert was attended by roughly a million people and featured appearances by Norah Jones, Oprah Winfrey, Carlos Santana and Angelina Jolie, among others.