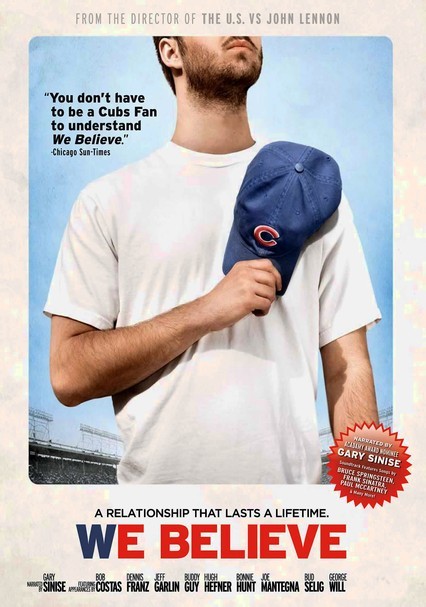 2008 NR 1h 44m DVD
Prolific filmmaker John Scheinfeld helms this valentine to the Chicago Cubs and the city that loves them. Players past and present, city honchos and fans -- both celebrities and ordinary joes -- discuss the team and its long history. Captured during the 2008 season (the 100th anniversary of the team's last World Series win), these voices express why, win or lose, their beloved Cubbies will be forever in their hearts.