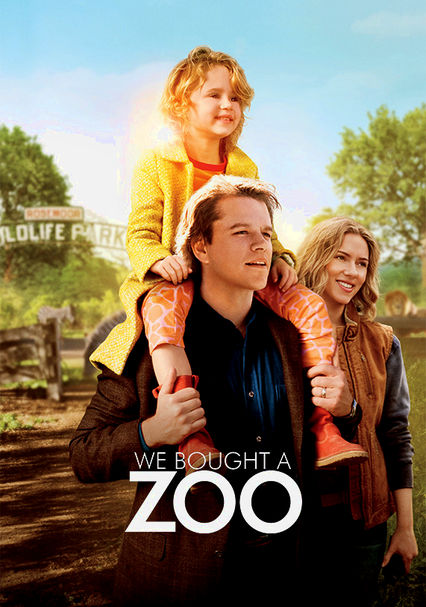 2011 PG 2h 6m Blu-ray / DVD
In this adaptation of Benjamin Mee's memoir about buying and saving a run-down zoo, the locale shifts from Britain to southern California. However, the wacky spirit of the original is retained, complete with escaped tigers and a zoo crew of misfits.

Parents need to know that director Cameron Crowe's drama inspired by real-life events revolves around a family dealing with the loss of a beloved mother. As such, some moments of reminiscing and discussion about her death may be too sad/intense for younger kids. There's also quite a bit of swearing for a PG-rated movie (including "s--t"), some social drinking and flirting, creepy images (in drawings by an unhappy teenage boy), and the implication that the Easter Bunny isn't real. Nevertheless, We Bought a Zoo (which stars Matt Damon and Scarlett Johansson) is a heartfelt and inspiring film about how a family pulls through difficulty and how being with animals -- and those who care for them -- can help heal the soul.

Some flirtation between two teens and two adults; a kiss. Also some mild innuendo related to both humans and animals. A maternity portrait shows a woman topless -- nothing sensitive is shown, and it's not sexual, but her shirt is off.

Some moments may seem dangerous, especially to young viewers. Some of the teenage son's dark, violent drawings are shown; including one of a decapitated head with blood squiring from the neck. The son also kicks a snake as if it were a soccer ball. Some threats ("I'm going to kill him" and someone saying they'd feed their in-laws to tigers -- said as a joke) and a humorous reference to using a tranquilizer gun on a human. In addition to the tranq guns, one apparently real gun is seen.

The film is chock full of positivity. Mee and his team at the zoo all work together for a common good. Open communication, empathy, and effort make the new venture work and help heal the family.

A few scenes of social drinking among adults and references to drinking; many photos of the passed-away wife include drinks. Mentions of animals' medications and a joke about how a tiger will get a "major buzz" from them.