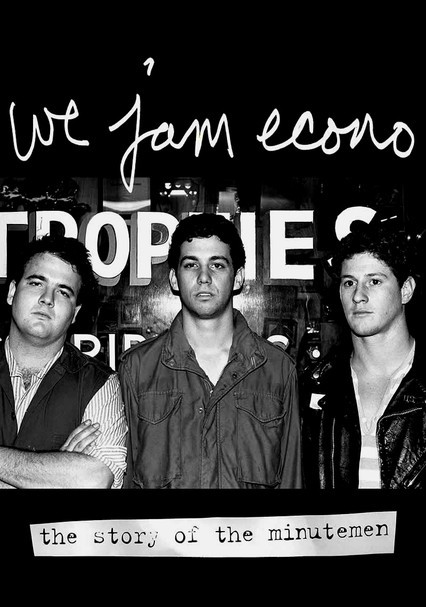 2005 UR 1h 30m DVD
Tim Irwin's documentary chronicles the ups, downs and all-arounds of pioneering punkers the Minutemen. The film weaves together more than 80 interviews to tell the story of the underground California band formed by D. Boon and Mike Watt. Punk icons including Red Hot Chili Peppers' Flea and Black Flag's Henry Rollins discuss the band's influence on the genre, and never-before-seen footage captures the raw intensity of the Minutemen live onstage.