We Loved Each Other So Much 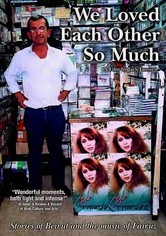 We Loved Each Other So Much

2003 NR 1h 20m DVD
Coined "Our Ambassador to the Stars," acclaimed vocalist Hoda Nouhad Haddad, known simply as Fairuz to her fans, became a figurehead of unity and harmony for her countrymen during Lebanon's bitter 15-year-long civil war. Drawing upon insight from a collection of diverse Beirut inhabitants, documentarian Jack Janssen explores the history of Lebanon before and after the war and examines the impact Fairuz's music had during the devastating conflict.