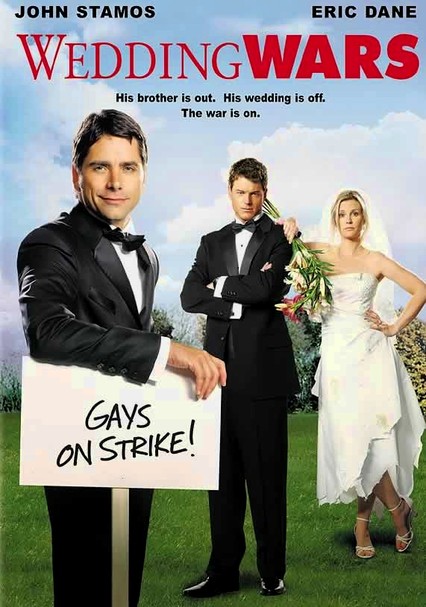 2006 NR 1h 27m DVD
Campaign manager Ben (Eric Dane) is engaged to Maggie (Bonnie Somerville), daughter of the governor of Maine. Ben's gay brother, Shel (John Stamos), agrees to coordinate their wedding, but backs out when he discovers Ben is opposed to gay marriage. Shel proceeds to go on strike, which prompts gays nationwide to follow suit. If the two brothers don't resolve their differences, the entire country may be in serious trouble.