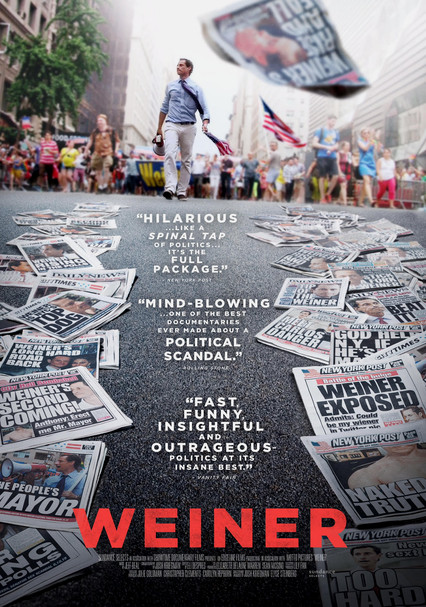 2016 R 1h 36m DVD
After resigning from Congress amid a sexting scandal, Anthony Weiner sets out to make a comeback in a 2013 campaign for mayor of New York City. Yet, as chronicled in this incisive documentary, his ambitions get derailed when a new scandal erupts.