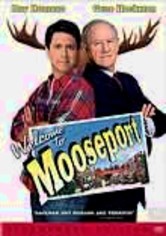 Parents need to know that this movie has some crude humor and non-sexual nudity (rear view of a nude male jogger). Characters drink in response to stress and get tipsy and there is a marijuana joke. Characters use brief strong language and there is some comic violence.

Characters get tipsy, a marijuana joke.