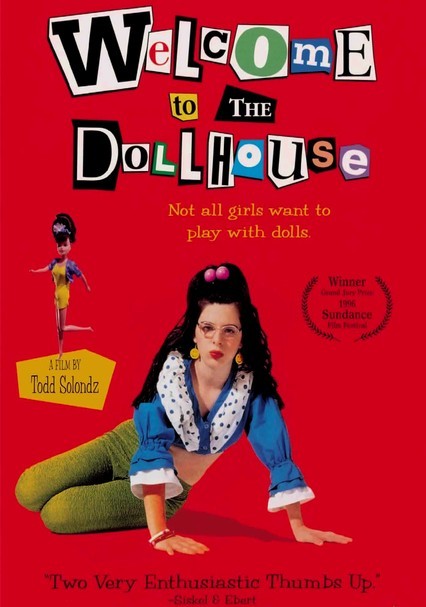 1995 R 1h 28m DVD
The horrors of junior high are vividly re-created in this darkly comic tale of the painfully awkward Dawn Wiener (Heather Matarazzo), a middle child who must cope with a dreary home life -- and with classmates who mercilessly taunt her. Writer-director Todd Solondz's unflinching look at the nightmare of early adolescence took away prizes at both the Sundance Film Festival and the Independent Spirit Awards.

Parents need to know that this is a dark comedy that deals with a tween's alienation from her classmates and family, and deals explicitly with her resulting feelings of rage. There are many references to sex between teens and tweens, a child abduction, and threats of rape. The plot is so off-beat that most younger teens would find it too weird to hold their interest anyway. This is a bleak film about childhood that will be most appreciated by adults.

Implied and sexual in nature.

Both adult and child characters use strong language throughout.

One of the themes of the movie is the idea that people who are supposed to be role models frequently are not.

A reference or two, but not overwhelming.

Teen drug use is referred to and discussed in terms of consequences.