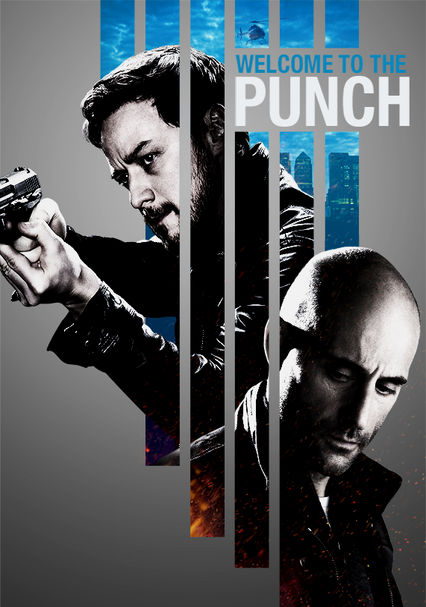 2013 R 1h 39m Blu-ray / DVD
Returning to London to help his son out of trouble, retired thief Jacob Sternwood encounters a longtime foe: police detective Max Lewinsky. When the two men realize that an ongoing conspiracy threatens them both, they reluctantly join forces.

Parents need to know that English crime thriller Welcome to the Punch (the title refers to a location where the final showdown takes place) has plenty of cops-and-robbers-style violence, with guns, shooting, fighting, punching, dead bodies, explosions, and some blood. The main character is shot in the knee during the opening scene, and the wound causes him great pain and trouble throughout the film. Language is strong, with multiple uses of "f--k," plus "s--t" and more. There's a minor, near-kiss scene, and the main character smokes one cigarette. In an interesting twist, the main character teams up with his enemy to fight a greater evil, eventually learning forgiveness. But there's still an awful lot of violence and vengeance here as well.

The main character, a policeman, tries to kiss his female partner; she rebuffs him.

Lots of police-type violence, with guns and shooting, explosions, some blood, and various dead bodies, plus fighting and punching. The main character is shot in the leg, which causes him great pain; from time to time he's forced to drain it of excess liquid with a hypodermic needle. A key character goes into cardiac arrest in a hospital. A character holds a gun to an old lady's head (she's unhurt).

Language is strong, with multiple uses of "f--k" in various permutations. Other words include "s--t," "balls," "prick," "ass," "Christ," and "Jesus" (both as exclamations).

Amid the violence and vengeance, there's a message about working together: Two old enemies put aside their feelings for each other in order to fight a greater evil.

The main character is seen smoking a cigarette in one scene.