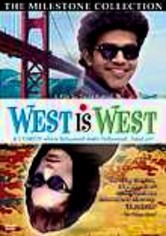 1989 NR 1h 20m DVD
Indian immigrant Vikram's (Ashotosh Gowariker) excitement about his trip to California is cut short when U.S. customs officials approve a stay of just one month, instead of the six he planned. He's further dejected when the address where he was to live turns out to be an empty building and his request to study at a university is denied. But things begin to look up when he meets rocker chick Sue (Heidi Carpenter), who instantly steals his heart.