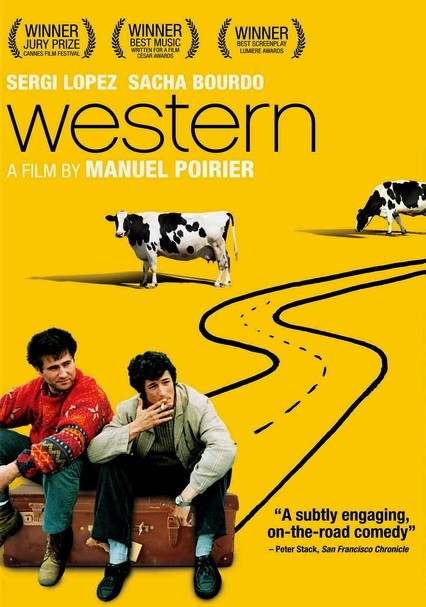 1997 NR 2h 4m DVD
An unlikely friendship develops on the French countryside when traveling shoe salesman Paco (Sergi López) loses his car and his job after picking up Russian emigree hitchhiker Nino (Sacha Bourdo). Together they hit the road, encountering an eccentric cast of characters, including a beautiful woman (Marie Matheron) who comes between them. This charmingly romantic road movie won a Jury Prize at the 1997 Cannes Film Festival.