Wham: The Best of Wham 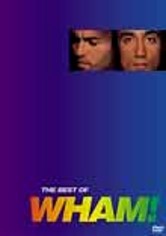 Wham: The Best of Wham

2001 NR 0h 45m DVD
George Michael and Andrew Ridgely rose to fame in the early 1980s as the glamorous pop duo Wham. Now, you can relive their glory years via this video that's jam-packed with career highlights, including clips of the first-ever concert in China by a western pop group and Wham's farewell concert at Wembley stadium in June 1986. Tracks include "Wake Me Up Before You Go-Go," "Everything She Wants," "Freedom," "I'm Your Man" and many more.