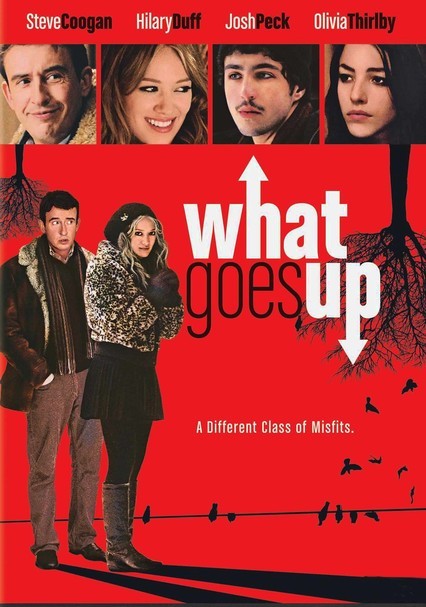 2009 R 1h 47m DVD
When New York newsman Campbell Babbett (Steve Coogan) is sent from the city to the sticks to cover a local hero celebration, he becomes a hero of sorts after he takes interest in a group of discontented, confused high school students. But soon, Campbell gets entangled in a web of lies and misplaced sexual desire. Helmer Jonathan Glatzer's wry feature debut set in the 1980s co-stars Molly Shannon, Hilary Duff, Olivia Thirlby and Josh Peck.

Parents need to know that the film delves into mature subject mature, including sexuality, death (suicide, for one), abortion, and teenage and middle-age ennui. Most of the teenage characters, and many of the adults, too, are pushing their boundaries and defining themselves, sometimes in ways that seem destructive. One girl appears to flaunt her sexuality, especially at older males. There's also a fair amount of swearing. By way of foreshadowing, astronaut Christa McAuliffe's death during a failed 1986 takeoff looms over the storyline.

A character is revealed to have been sexually abused by an uncle. (Later, she appears to need an abortion.) Some yelling and shoving.

So many of us want to be heroes, but heroism doesn't come easy. Also: Two people who may, on the surface, seem like polar opposites can find common ground.

Signage/labels such as the Mister Softee truck and National Geographic are visible.

Some teen drinking, drug use.