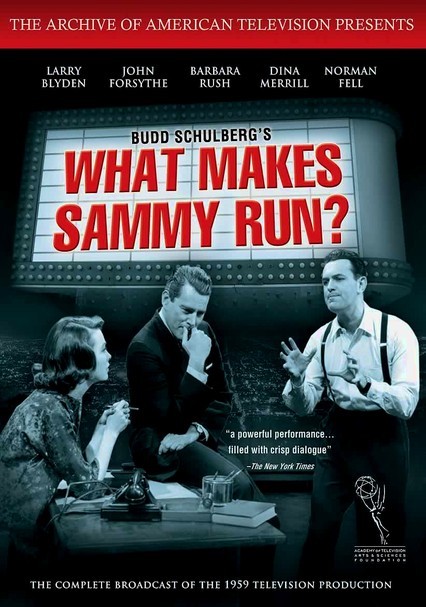 1959 NR 1h 45m DVD
Fibbing, backstabbing and plagiarism are just part of the job for unscrupulous screenwriter Sammy (Larry Blyden), who will do whatever it takes to climb to the top of the entertainment industry in this powerful story set in 1930s Hollywood. The 1959 television production, part of NBC's "Sunday Showcase" series, is considered one of the best interpretations of Budd Schulberg's famous novel. John Forsythe, Barbara Rush and Dina Merrill also star.