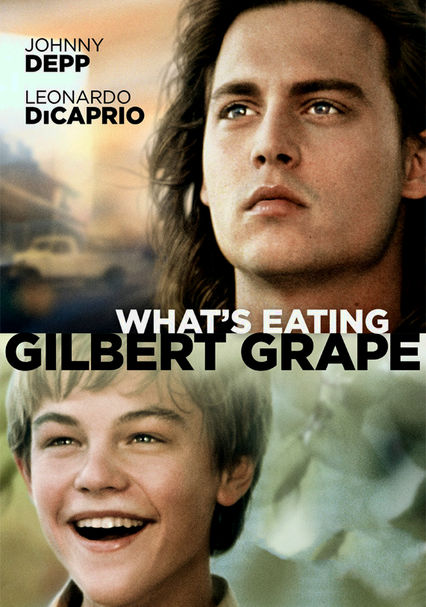 1993 PG-13 1h 58m DVD
In a backwater Iowa town, Gilbert struggles to take care of his mentally disabled brother, Arnie, and provide for the rest of his family. But after falling for the stranded Becky, Gilbert discovers exciting new possibilities for his life.

Parents need to know that this movie is more provocative thematically than others starring Depp and DiCaprio. There's bullying, disrespect, emotionally tense family scenes, and humiliation. There are some scary scenes of family fights, mostly with Gilbert's younger brother Arnie who is mentally challenged. References are made to Gilbert's father, who killed himself. Gilbert is involved with a married woman for part of the film, and there are some scenes with sexual content. Alcohol and drug use are at a minimum. The issue of tolerance is a main theme throughout the movie, centering around Arnie and Gilbert's mother, who's overweight. Scenes of townspeople taunting Arnie and Mrs. Grape could be upsetting.

Female/male romance, some kissing, some suggestion of oral sex.

Some slapping and shouting scenes involving a boy with autism.

A few bad words, said quietly but with a lot of anger.

A main character engages in an affair with a married character, there are some difficult scenes of overweight and mentally challenged characters being teased.

Some fictionalized food vendors play a part in plot.

Some beer drinking on screen, some smoking. There is a suggestion that a character uses food as a way of turning away from reality.