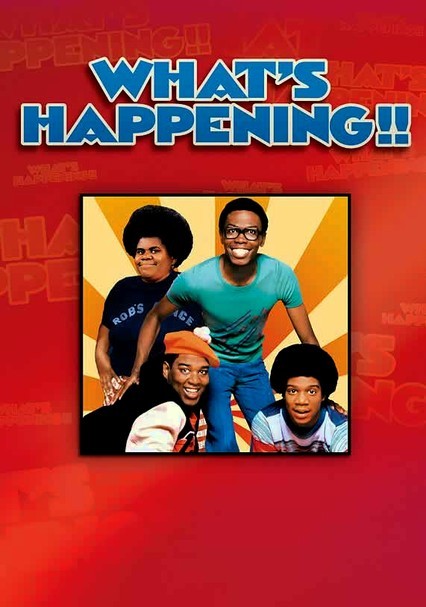 On the air for only three seasons, What's Happening!! still became one of the most memorable sitcoms of the 1970s. Set in Los Angeles, three African-American high school pals -- Raj (Ernest Thomas), Dwayne (Haywood Nelson), and Rerun (Fred Berry) -- hatch schemes in pursuit of money or fun, only to be tattled on by Raj's bratty sister Dee (Danielle Spencer) and punished by mom Mabel King. This 3-DVD set contains the entire first season of laughs.

This late-1970s sitcom centers on the goofiness of three black teens growing up in a lower-middleclass Los Angeles neighborhood: Raj (Ernest Thomas), Dwayne (Haywood Nelson) and Rerun (Fred Berry), who constantly hatch schemes often foiled by Raj's younger sister (Danielle Spencer). In the show's second season, the guys get their first taste of love, dabble in the mysteries of a cult and survive brushes with the authorities.

Roger "Raj" Thomas (Ernest Thomas) and his pals Dwayne (Haywood Nelson) and the irrepressible Rerun (Fred Berry) share an apartment together in the third and final season of this 1970s sitcom. With the departure of Mama, headstrong waitress Shirley (Shirley Hemphill) cares for Raj's sassy little sister, Dee (Danielle Spencer). This season, Rerun enters a dance contest and the boys try to find a man for Shirley, among other hilarious stories.