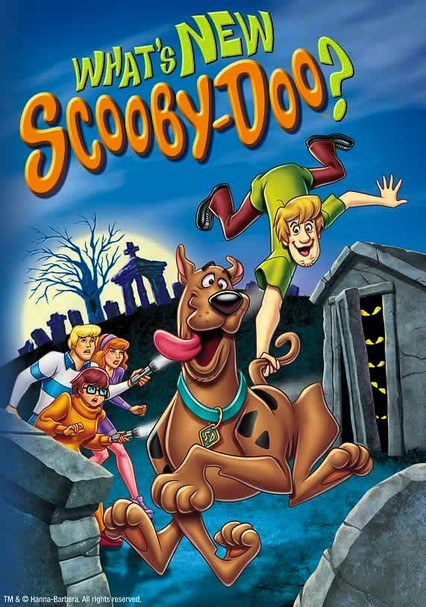 2002 TV-Y7 2 seasons
Zoinks! Everyone's favorite canine scaredy-cat, Scooby-Doo, joins his human pals -- Shaggy, Fred, Velma and Daphne -- as they unravel weird mysteries and expose supernatural phenomena in a bounty of exciting and mirthful animated adventures. Fred has the brawn, Velma the brains and Daphne the good looks, while Scooby and Shaggy bring the snacks. Together, the young crime fighters tackle ghosts, zombies, haunted houses and every type of bad guy.

Shaggy, Velma, Daphne and Fred of the Mystery Inc. gang return -- along with lovable dog detective Scooby-Doo -- to do some serious sleuthing for a second season of the popular updated cartoon series. As the gang globe-trots to Greece, Egypt, Tokyo, Transylvania, the South Pole and other exotic locales, they run into a battery of creepy creatures -- including a fiend known as the San Franpsycho and an invisible madman.

Who knew there were so many ghouls in the sports world? Certainly not dog detective Scooby-Doo nor his pals Shaggy, Velma, Daphne and Fred when they set off on a globe-trotting journey to take in some athletic battles. They soon find out, however, as they encounter the ghost of a Russian hockey player at a World Cup event; Shaggy has a run-in with a menacing clown at a golf tournament; and the gang bumbles their way into a haunted stock car race.

Parents need to know that while there aren't many life lessons to be learned from an episode of this show, kids will enjoy the antics of the Scooby gang as they stumble upon and solve mysteries. Only very young children might find the show's puzzles and monsters frightening.

There are some very cartoony fights and chases.

The show's main characters are all white, with the exception of Scooby, a canine. Although the girls on the show exhibit "typical" girl behavior, they are also crucial to solving the mysteries, more so than the boys.