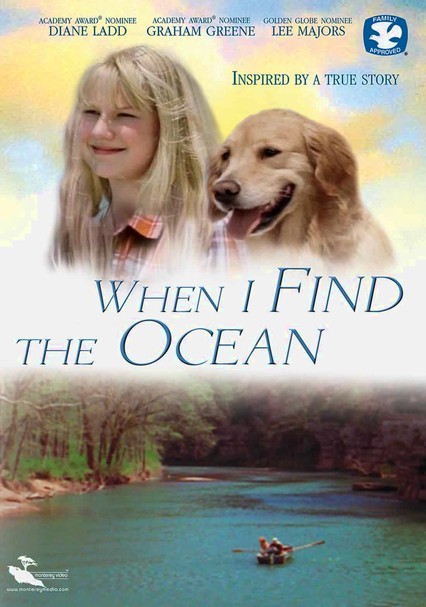 2006 PG 1h 40m DVD
With her faithful dog and pet rabbit in tow, young Lily Strickland (Lily Matland Holly) leaves her mother (Amy Redford) and grandparents (Diane Ladd and Lee Majors) behind to embark on a purposeful journey: to find where her father disappeared at sea years ago. But she also leaves behind her mother's new boyfriend, Dean (Richard Tyson), a man with a disturbingly dark side that only Lily has seen firsthand.

Parents need to know that When I Find the Ocean is a 2006 straight-to-video release that poses a fictional abused runaway girl against a backdrop of racism and the famed Selma, Alabama, segregation protests of 1965. Violence is threatened repeatedly, with KKK sympathizers wielding guns, poachers pointing rifles, and vigilante crowds gunning for an innocent African-American man. A man hits someone who has beaten his granddaughter. Racist, self-serving white people claim the African-American man who rescued Lily has kidnapped her for sexual purposes. A shot is fired to frighten rather than wound. Welt marks are seen on the back of a beaten child. A hungry black panther on the loose is shot with a sedation dart. Expect racist remarks and language, including the "N" word. Many white people are villains, and a Native American man and an African-American man are heroes. "Damn," "hell," and "bitch" are heard.

An African-American tugboat captain rescues a girl who is caught in a poachers' animal trap, but the white people who illegally laid the trap wrongly suggest the man saved her because of his sexual interest in her. A man and woman kiss passionately with their clothes on. A 12-year-old girl is shown in the bathtub, but only her shoulders and knees are seen.

A man beats his soon-to-be stepdaughter, but we only see the resulting welts after the fact. The girl doesn't tell her family and runs away to escape his abuse. Racist, self-serving white people claim the African-American man who rescued Lily has kidnapped her for sexual purposes, and they beat him. Lily's grandfather punches the man who beat his granddaughter.

People should not be judged by their skin color. Children should tell their parents when they're being abused.