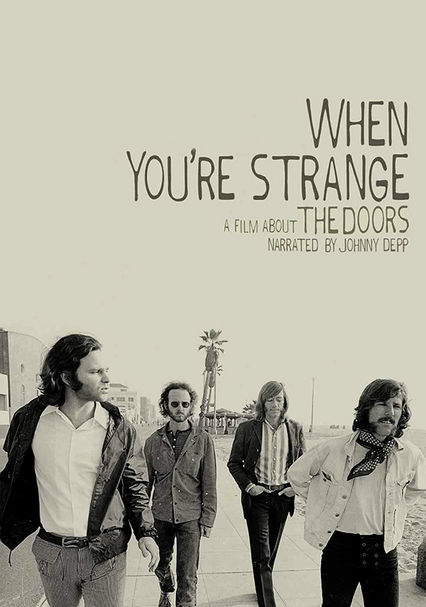 2009 R 1h 10m Blu-ray / DVD
Composed entirely of original footage from 1966-71, Tom DiCillo's documentary about the Doors filters truth from myth, reveals new insight into Jim Morrison and his bandmates, and captures the essence of the iconic rock group and the era. DiCillo's film pays tribute to the Doors and their music and to a generation's struggle for individuality and authenticity during an unstable and transformative epoch in America.