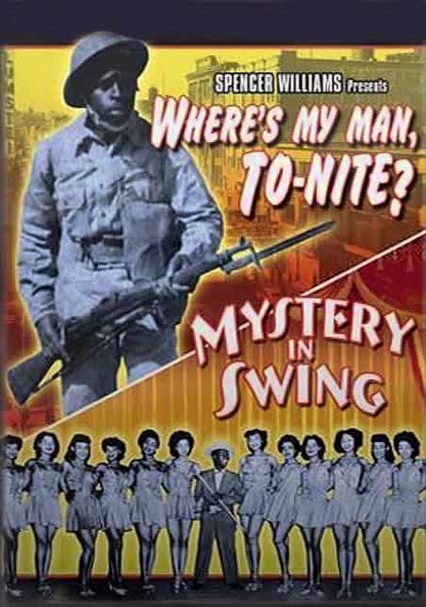 1940 NR 2h 21m DVD
Rodney (Hugo Martin) resists his grandfather's (George T. Sutton) attempts to push him into the military, but when he's drafted, he has to make a choice in Where's My Man, To-Nite? Then, lounge singer Prince Ellis (Robert Webb) turns up dead in Mystery in Swing. But the list of suspects grows as the cops realize how unpopular the crooner made himself. Spencer Williams and Arthur Dreifuss direct this double dose of classic African-American drama.