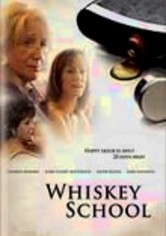 2005 NR 1h 28m DVD
Concerned that notorious New York playwright Leopold De Angeli (Gary Swanson) is losing himself in alcohol, a group of famous friends stage an intervention -- and face an evening of hostility, humor and some surprising revelations. Based on an actual intervention with an unnamed American playwright, this moving drama co-stars Olympia Dukakis, Lainie Kazan and David Margulies, along with Mary Stuart Masterson and her mother, Carlin Glynn.