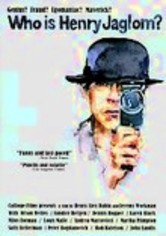 2007 NR 1h 24m DVD
In this offbeat documentary, filmmakers Henry Alex Rubin and Jeremy Workman explore the world of auteur Henry Jaglom, writer and director of such films as Sitting Ducks and New Year's Day. Interviews with actors and other filmmakers who've worked with Jaglom (including Candice Bergen, Orson Welles and Dennis Hopper), behind-the-scenes footage and Jaglom's own home movies combine to create a portrait that's as polarizing as Jaglom's films.