Who the Hell Is Pete Doherty? 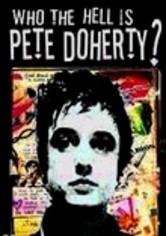 Who the Hell Is Pete Doherty?

2005 NR 1h 13m DVD
Filmed in Britain during the 2004 Babyshambles tour, director Roger Pomphrey's intimate portrait attempts to peel back the layers of Pete Doherty's media mask to reveal his true artistic identity. Simultaneously dubbed "the coolest man in rock" and "waster of the year," the controversial singer-songwriter -- a perennial favorite of the tabloid press -- embraces a murky duality. But just who is the man behind all the hype?