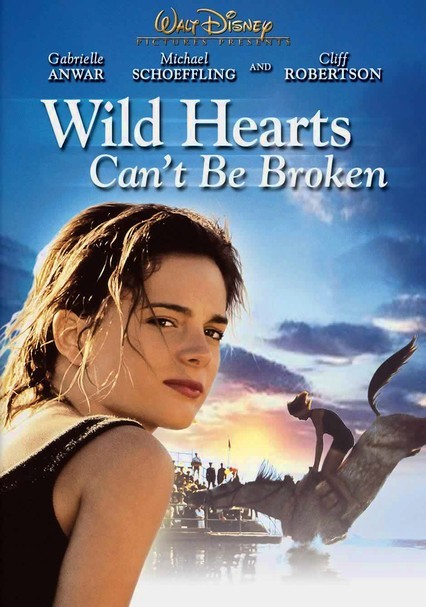 1991 G 1h 28m DVD
Based on a true story, this Disney family film chronicles the adventures of Depression-era teenager Sonora Webster (Gabrielle Anwar), who runs away from her foster home to join a carnival. Sonora is determined to become a diving girl, a performer who rides a trained horse as it dives from a high platform into deep water. Although she faces nearly universal adversity along the way, she refuses to give up and keeps fighting for her dreams.

Parents need to know that this coming-of-age story of a determined and persistent young orphan might be inspiring for young viewers and teach them a bit about the Great Depression. Sonora falls quite a bit while training and bloodies her nose, and a major injury later in the film may be tough to take for younger viewers. But on the whole, the film is filled with positive messages of self-reliance and pursuing your dreams.

Two characters who later fall in love and get married briefly kiss after having a swim in a pond together.

Sonora has a major accident with injury near the end of the movie. Several brief fisticuffs and shoving matches. Sonora bloodies her nose while learning how to jump on a moving horse. Some of the scenes of Sonora and the horse diving from the high dive into the water-filled tub may be a bit scary. Sonora is verbally bullied by kids in her hometown after she cuts her hair.

Through her actions, Sonora shows that, as one of the characters says, "If you want something bad enough, anything's possible."