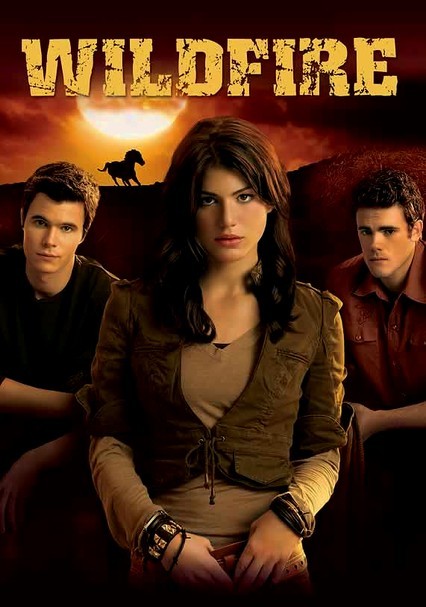 2005 TV-14 2 seasons
Set in the dramatic milieu of professional horse racing, this series tracks the saga of Kris Furillo (Genevieve Cortese), a young girl with a troubled past who's now trying to start a new life for herself in the racing world. After she starts working at Raintree Farm -- first as a stable hand and then as a jockey -- Kris becomes deeply involved with the Ritter family, who are engaged in their own struggle to stave off financial ruin.

After navigating the obstacles of her first year at Raintree Farm, reformed delinquent Kris Furillo (Genevieve Cortese) finds her life more exciting than ever -- but this time, it's for all the right reasons. In the wake of her headline-making ride at the annual Sandpiper Classic, she's landed a chance to star in a hot-sauce commercial. But when she doesn't click with her co-star, she plants a spicy kiss on Junior (Ryan Sypek).

In the hit family drama's third season, financial woes continue to threaten Raintree's existence, and a fire forces Kris (Genevieve Cortese) to move into the Ritters' house, where the seeds of romance are planted. Later, Kris is wary when her half brother turns up unexpectedly. The season finale leaves Raintree's fortunes hanging in the balance as Kris and Wildfire face off against their respective rivals: Tina Sharp (Amy Jo Johnson) and Avatar.

Parents need to know that this teen drama's themes revolve around adhering to personal values in the face of temptation, threats, and adversity. Some adults occasionally behave inappropriately and even illegally, but others are involved parents who think deeply about what people need to reach their best potential. The music from each episode is marketed at the end of the show and via the show's Web site. This could be a draw for many teens, but it might give some parents pause.

Smooching and melodramatic relationships; nothing graphic.

Threats by thugs are all verbal; main characters have car theft, battery, arson in their pasts.

Occasional use of words like "bitch," "hell," and "damn."

Many characters are overcoming checkered pasts and learning to make responsible choices.

Music is marketed during the end credits and is for sale via the show's Web site.

Some characters own a nightclub, some drink socially.