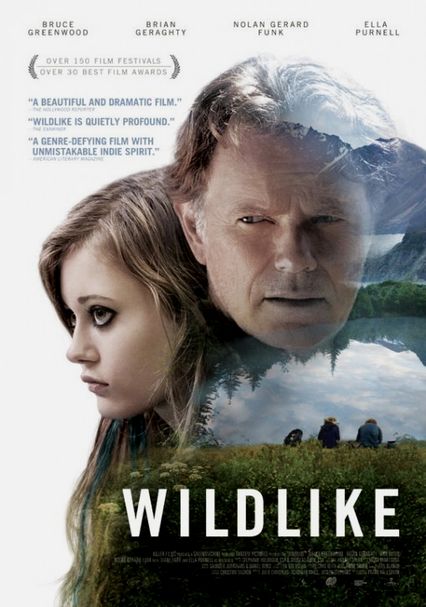 2015 NR 1h 44m DVD
With her mother in rehab, 14-year-old Mackenzie is sent to live with her uncle in Juneau, Alaska. But when he turns into a sexual predator, Mackenzie flees into the unfamiliar wilderness, where a widowed backpacker reluctantly becomes her lifeline.

Parents need to know that Wildlike is a coming-of-age drama/adventure about a 14-year-old girl who runs away from home and embarks on a journey across the Alaskan wilderness with an unlikely father figure who helps her learn how to face her problems. The movie discusses mature topics like sexual abuse -- it's implied that an uncle inappropriately touches his teenage niece in bed -- and grief. There isn't any violence, but characters do use salty language, including variations of "s--t" and "f--k," plus "jerk" and "Jesus Christ" (as an exclamation). There's also some kissing and scenes of a girl wearing just a towel and taking off her shirt.

While wearing only a towel, Mackenzie kisses a boy in a hotel room. She later removes her shirt and attempts to kiss Bart while they're sharing a tent.

It's implied that Mackenzie's uncle touches her inappropriately, but she later says nothing happened. Bart and Mackenzie briefly see a bear in the wilderness.

You can run from your problems, but you can't hide from them; it's important to find someone you trust to help you overcome them. Even though our loved ones die, we can still find ways to stay connected to them.