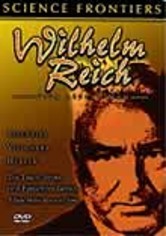 2004 NR 1h 30m DVD
Physician Wilhelm Reich turned the scientific world on its head with his concept of "orgone," an energy that unifies all living things. This documentary examines Reich's unorthodox life and work, and the events that resulted in his incarceration. Colleagues, friends, family members and students of Reich's hypothesis relate his story, from his flight from Nazi Germany to the ironic banning of his teachings by the Food and Drug Administration.