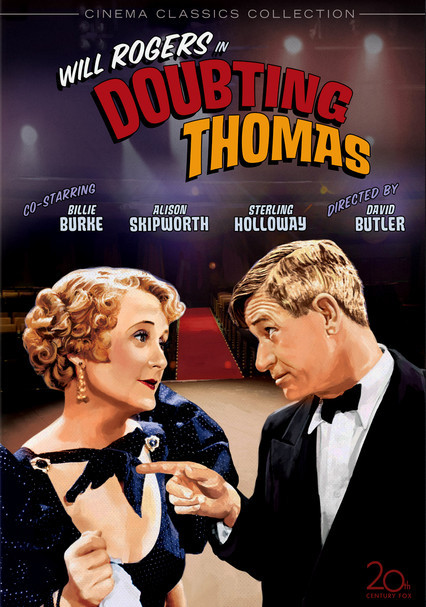 1935 NR 1h 13m DVD
Cowboy comedian Will Rogers stars as a jealous husband who tries to ruin his wife's budding acting career in this adaptation of playwright George Kelly's "The Torch Bearers." Feeling neglected because his wife, Paula (Billie Burke), spends her time rehearsing with a theater troupe instead of paying attention to him, Thomas Brown (Rogers) decides to get back at her by coming up with a stage act of his own. Sterling Holloway co-stars.