William Shakespeare: A Life of Drama 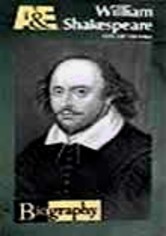 William Shakespeare: A Life of Drama

2004 NR 0h 50m DVD
William Shakespeare's life produced an unmatched legacy of drama and poetry. But the Bard's own story remains mostly a mystery. Track clues to Shakespeare's identity, from his youth in Stratford-on-Avon and his marriage to an older woman to the night of carousing that led to his death at age 52. Film clips, dramatic readings and other footage provide a glimpse into Shakespeare's life and his astonishing 20-year career as a playwright and actor.