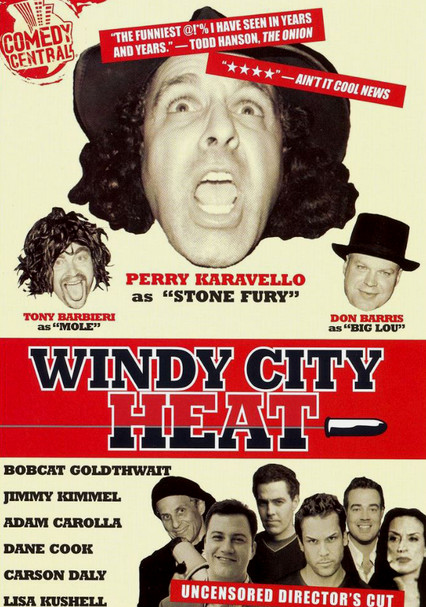 2003 R 1h 32m DVD
Director Bobcat Goldthwait stars in this practical joke stretched to the limit, which follows an unsuspecting Perry Caravello on his journey to become a movie star -- but even as the cameras roll, Perry has no idea the production he's in is a sham. Set up by his friends Don Barris and Tony Barbieri, gullible Perry is cast to play a hard-boiled "sports private eye" named Stone Fury in an upcoming film called Windy City Heat.