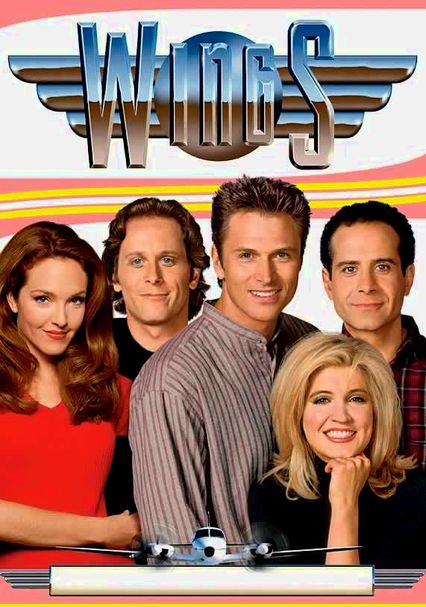 1990 TV-PG 2 seasons
Set in a tiny air terminal on Nantucket Island, this amiable sitcom centers on brothers Joe and Brian Hackett, who operate Sandpiper Air, while their lifelong friend Helen works the lunch counter, serving a steady trade of eccentrics and regulars.

Given their opposing philosophies on life, brothers Brian and Joe Hackett (Steven Weber and Timothy Daly) can't help but crash into each other while navigating the day-to-day operation of their tiny Nantucket airline in this sitcom from the creators of "Cheers." Among the plotlines in the first and second seasons, the boys witness a UFO flying in their airspace and try to persuade their friend Helen (Crystal Bernard) to try out for the symphony.

Brothers Brian and Joe Hackett return for another season operating their Nantucket airline, with a little help from their quirky friends and employees. Tony Shaloub joins the cast of the popular sitcom as cab driver Antonio Scarpacci.

Parents need to know that this '90s sitcom focuses on a group of people working at a Nantucket airport who, over time, become one another's family. The show explores the bonds of friendship, love, and loyalty between them. There's some sexual innuendo, and some episodes deal with serious topics like infidelity and homosexuality. While these issues are addressed within a humorous context, they may be inappropriate for some younger viewers.

Some sexual innuendo (Fay is particularly prone to making double entendres). Some characters are occasionally shown in bed with each other, but there's no sexual activity beyond kissing shown on screen.

Two of the main characters are adult brothers who work through their problems to foster a strong relationship. The series also features a group of airport employees who come together as a family and are supportive and loyal to each other. Helen is an independent woman who runs her own business. Roy has difficulty accepting his gay son. The cast is all Caucasian; Antonio's Sicilian character draws humor from some gentle stereotyping. Brian is known for his irresponsible behavior, which often leads to relationship problems.