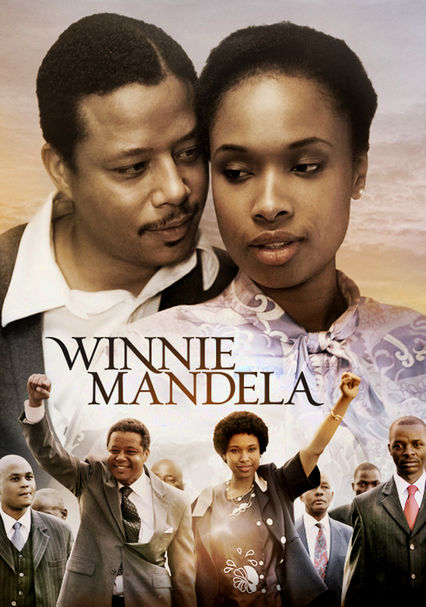 2011 R 1h 44m DVD
South Africa's Winnie Mandela, one of the most galvanizing public figures in modern history, comes to life in this absorbing biopic. Though it traces Winnie's whole story, the film hinges on the Apartheid-era imprisonment that would define her image.

Parents need to know that Winnie Mandela is an often-intense biographical drama about South Africa's first black first lady (played by Academy Award winner Jennifer Hudson). The drama spans several decades during which black South Africans, led by Nelson Mandela, fought to overthrow the country's apartheid government, only to be met with armed reprisals by the Afrikaner police or military. The white authorities open fire on unarmed schoolchildren and harass and arrest African National Congress members and torture them. There's also black-on-black violence, including the practice of "necklacing" (a tire doused with gasoline is placed around a victim who's then lit on fire), a kidnapping that leads to a 14-year-old boy's death, and brutal treatment of accused collaborators/informants. Strong language includes a few uses of "f--k," "s--t," and "bastard."

The Mandelas kiss and embrace.

Many scenes of violence, including torture (Winnie is made to stand on a brick, be completely silent, and not allowed to wash while undergoing 400 days of solitary confinement) and the killing of children by Afrikaner police and military forces. There's also black-on-black violence, most gruesomely depicted in the act of "necklacing" (a tire doused with gasoline is placed around a victim who's then lit on fire).

Positive messages about staying true to the cause of seeking justice and equality and being prepared to sacrifice comfort -- and even freedom -- for what you believe in most. There's also a very realistic portrayal of the price of being a freedom fighter and how even strong marriages have trouble withstanding an unthinkable, prolonged separation. And the movie doesn't shy away from making it clear that even the most beloved people can make huge mistakes.

Adults are shown drinking at restaurants and nightclubs; Winnie starts to drink during a criminal investigation.