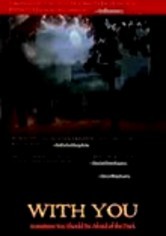 2006 NR 1h 39m DVD
Tired of the rat race, Jim (Joseph P. O'Rourke) moves to quiet Mt. Prospect, a town that's not so sleepy upon closer inspection. Amid rumors of a haunted local mansion and strange goings-on in his own farmhouse, Jim resolves to puzzle out the truth. But the further he digs, the more secrets he uncovers, and the more his beliefs are stretched to their limits. Danny Burke and Mike Pish co-star in writer-director Jason Christensen's chilling debut.