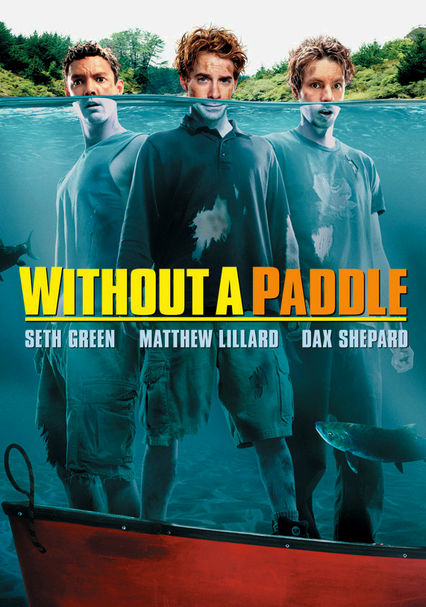 2004 PG-13 1h 35m Blu-ray / DVD
Three friends leave their home in Philadelphia for a camping trip after their friend Billy's death. But their destination has special meaning, as Billy was fixated on going there to search for a lost treasure left by famed hijacker D.B. Cooper.

Parents need to know that this movie has a lot of very strong material, including a lot of action violence (lots of shooting with very powerful weapons but hardly any blood and no one seriously hurt), comic peril (including a bear attack and many dangerous encounters on the river), and some graphic images (sewing up a bloody wound, a skeleton, lots of poop). There are many sexual references and situations, including references to peeking at a girl's "downstairs," a pierced "downstairs," and a lot of homophobic and misogynistic humor. A woman's unshaven leg is supposed to be as scary as Sasquatch. Characters use strong language. Characters smoke and drink beer, other characters are drug dealers, and getting stoned is played for humor.

Strong sexual references and situations for a PG-13.

Comic peril and violence, a lot of shooting and some graphic images.